When Is Your Podcast Good Enough to Publish? 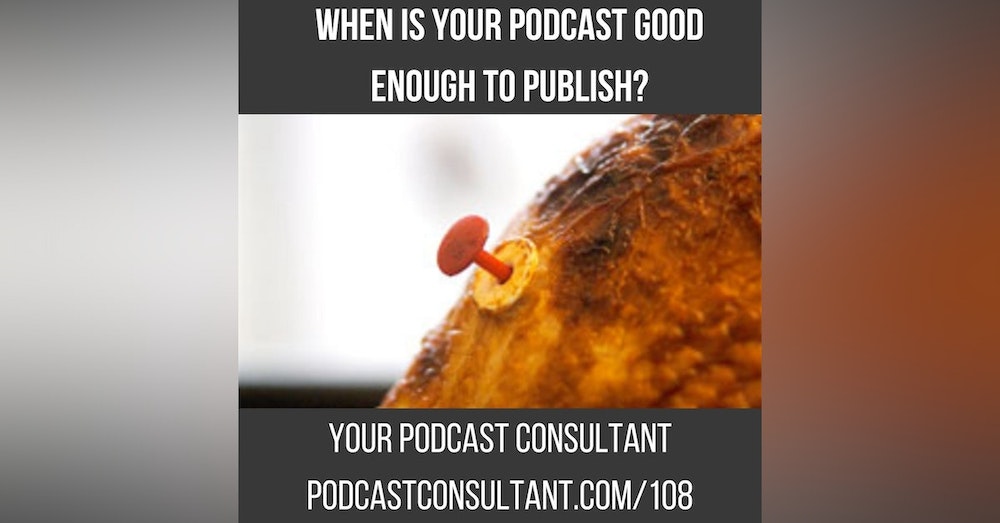 With a Thanksgiving Turkey, they now have that little red peg that pops up to let you know the turkey is ready. How does that work in podcasting? You've worked for HOURS on this first episode. IS it ready?  Don't Publish The First Thing You...

With a Thanksgiving Turkey, they now have that little red peg that pops up to let you know the turkey is ready. How does that work in podcasting? You've worked for HOURS on this first episode. IS it ready?

If you think about it there are rough drafts, dress rehearsals, and, well, practice laps.

I just watch Get Back on Disney+ and you see where the Beatles were getting ready for one of their first public appearances in a long time. So what did they do? They practiced - a lot.  In one scene you see that they have done the song "The Long and Winding Road" 18 times.

DOES THIS MEAN I NEED TO RECORD MY PODCAST 18 TIMES?

Only if the first 17 times didn't get the results you're looking for do you need to record your episode 18 times.

IT DOESN'T HAVE TO BE PERFECT

There are all sorts of mistakes that have been captured in time (the squeak in the drum's at the beginning of Steve Wonder's Superstition), so it doesn't have to be perfect, but you also want to make sure you've done all you can to ensure a good recording, and organized delivery, and content that is going to resonate with your audience.

THE RED PEG OF PODCASTING

When you have someone whom you didn't grow up with or are related to telling you they'd like to hear more - you've got it.

Creating a podcast is not hard. Creating a GOOD Podcast can take some time and effort.

LET ME HELP YOU

We just celebrated Thanksgiving a couple of weeks ago. And remember when they made turkeys with like this weird little red thing that would pop out, letting you know that the turkey was done? Well, where's the little red thing that's gonna pop out to let you know, hey, that first episode is ready for the public.

Dave Jackson. One of the mistakes I see new podcasters make. And I totally understand why this happens is you just spent maybe 10 hours creating a 15-minute podcast. And you're like, hey, I get it. It's done. It's complete. It's, you know, I made it through. So you throw it out to the public.

But I want to point out that when you're an author, there's a thing called a rough draft. For those of you in the theater, there is a dress rehearsal, you typically don't publish. The first thing I just got done watching six hours of Get Back, it's a Beatles documentary on Disney plus, and you see them by the end of the movie, you've heard the song Get back and I got a feeling no less than probably 15 times because they were getting ready to put it out to the public.

So how do you know if it's ready for the public? Well, what you need to do, and this is what I think most podcasters don't do is find someone who is potentially your target audience. And we've talked about how important it is to figure out who is this for, and get someone that's not your mom, that's not someone you're related to not somebody you grew up with, and is your target audience to listen to it and then talk about it like you're not in the room.

But you need to know who is it for? And what do you want your audience to do. And sometimes, that is not going to happen with a miracle, where the first thing you recorded is going to be absolutely the best thing you've ever done. The other thing though, is it doesn't have to be perfect. In the Beatles, on the rooftop. They're doing their live performance and think about this, they had to push themselves out of their comfort zone. Because number one, they had not performed live in front of an audience in a long time. Number two, this is all new material. They barely knew it. In fact, at one point, John Lennon is singing the song Don't let me down and he has to have like a road crew hold the lyrics up in front of him. So he can see them. Why? Because the first time they did the song, John Lennon didn't remember the lyrics. And he literally said

I got no Milan D school Vonda, do we

and then he remembered the lyrics and kept going. And he did that in public. And you know what? They were actually smiling at the end of the performance. It doesn't have to be perfect.

The other thing if you think about it, if you go listen to the album, let it be. And when you see what it was recorded on. I've said this before, it is not the tech. And they're they're recording on a rooftop in the wind with these weird kind of nerf covers on their microphones, which isn't going to be great. And yet it worked.

So when is your podcast ready for the public? It's when you've given it to your target audience. And you've gotten honest feedback. And they said, Wow, that was good. Yes, I would like to hear more of that. Now if you need some help shaping your content. By all means, reach out to me the website podcast consulting.com. Let's set up a strategy session. If you need me to give you that honest feedback about your show that is a service that I offer because some people will say, Well, I just had six people listen to it and you found three things that You think could be better and I agree with you. Why didn't those three other people tell me that and I'm like, because you're related to them. It just doesn't work. I'm here to tell you so, I would love to help you podcast consultant.com Thanks so much for joining me on my mission to buff out the boring on all the podcasts on the player. Figure 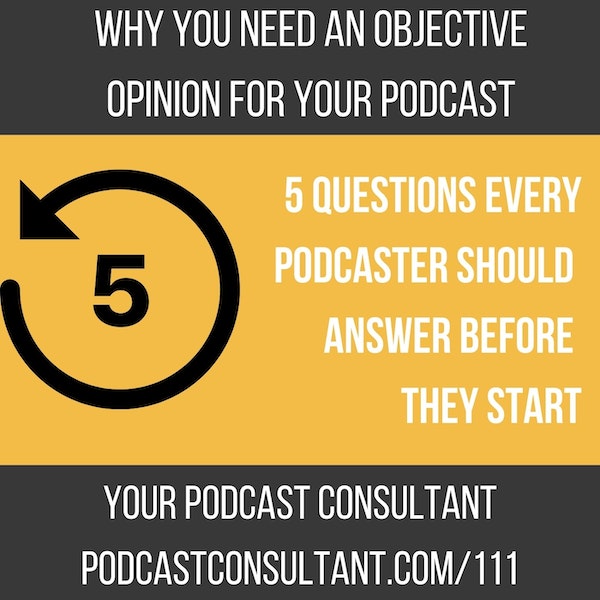 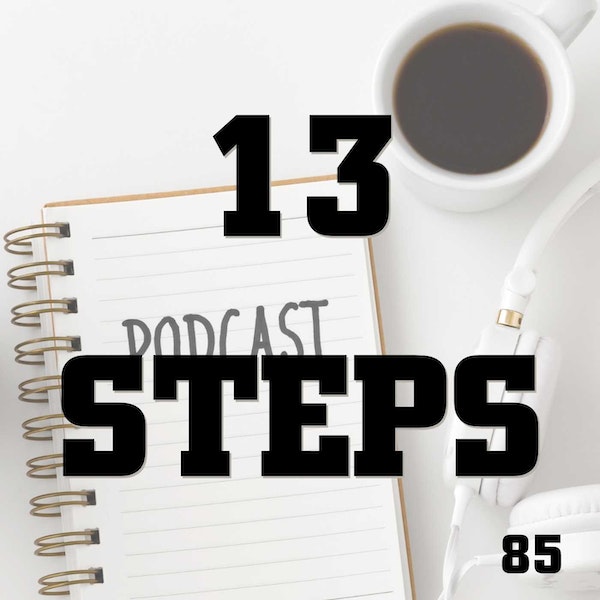 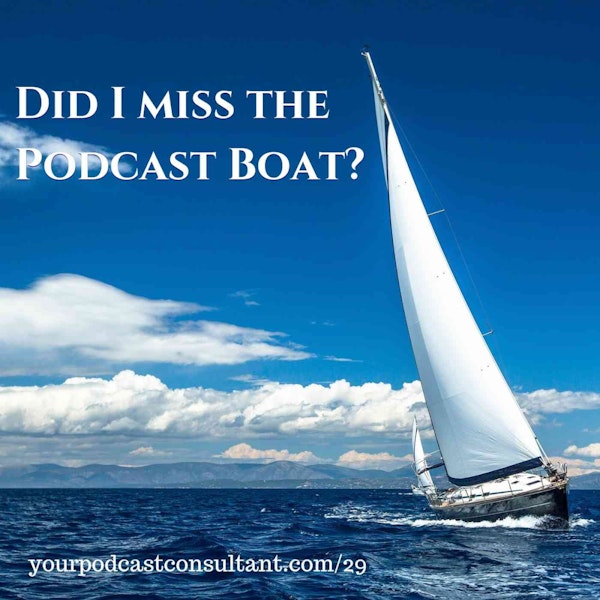 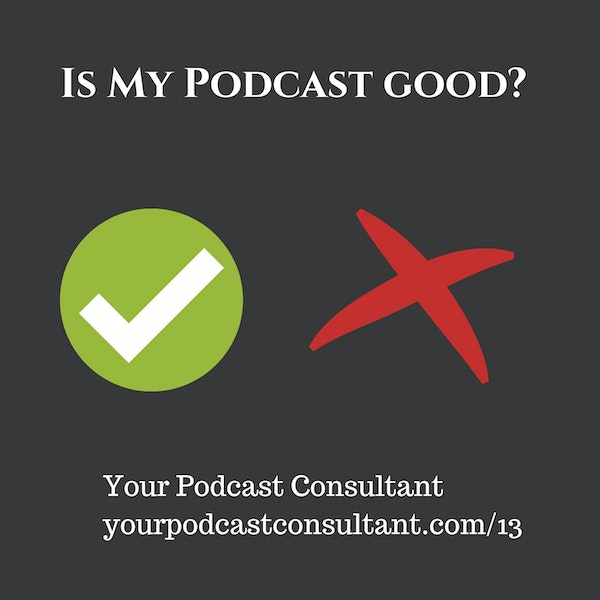 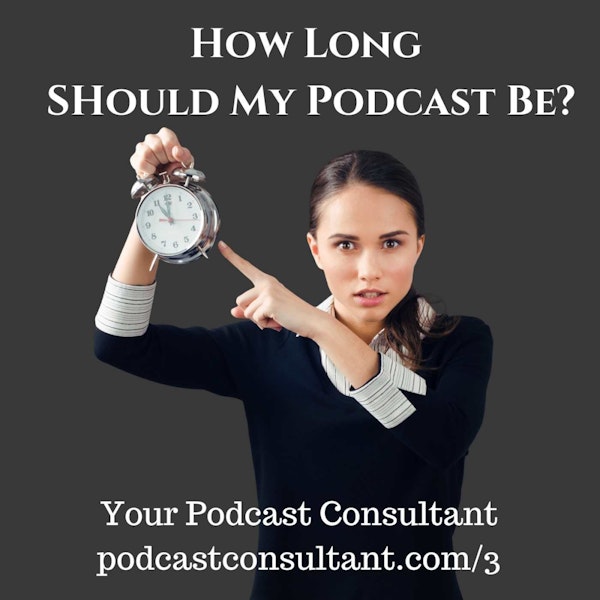 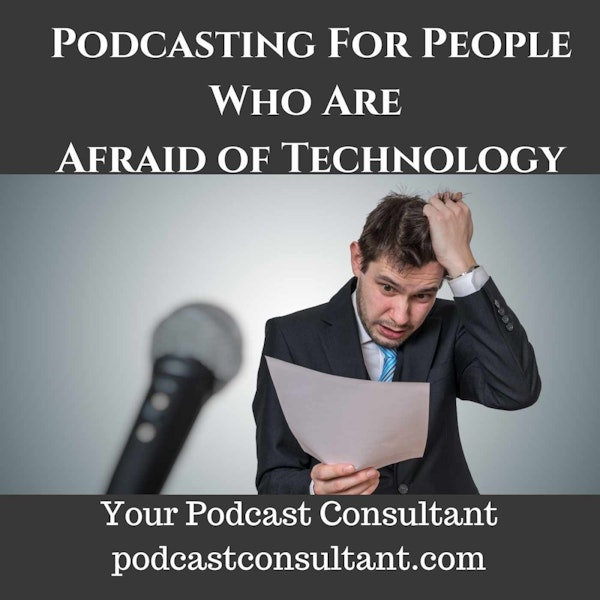 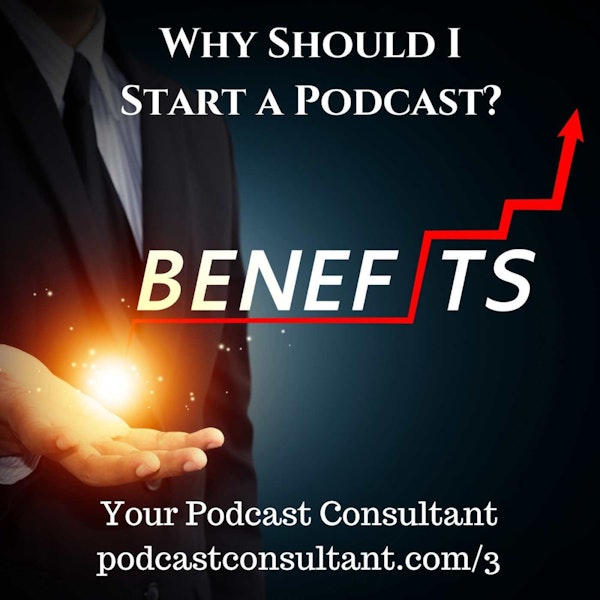